Call for papers
for

‘Dalit literature’ is a term that has come into prominence over the past five decades to refer to the literary writings of people belonging to low castes held as untouchables by the caste Hindu society. The word ‘Dalit’ literally means ground, down, crushed, oppressed, torn apart, etc. Dalit literature is a part of Dalit movement which aims at bringing a new social order based on equity and social justice. Thus, Dalit literature is a literature of dignity.

Dalit literature has opened up new avenues to understand Indian society, culture and literature from new perspectives. Dalit writers across regions have come out with new themes on issues which are of national importance. The way Dalit writers are raising questions around aesthetics, language, genres, and themes in literature has never been addressed before so openly. Thus, the coming of Dalit literature has diversified the category called Indian literature. With its raw and everyday language of the oppressed, Dalit literature has been raising its voices against the hegemonic forces that have appropriated all sorts of resources – whether social, cultural, economic or religious – of the country for centuries. Dalit literature, by initiating debates on the themes such as caste, class, ethnicity, language, religion and gender, among others, has already started destabilizing the power-centre and is rewriting Indian history, culture, aesthetics and philosophy in a major way. This makes Dalit literature an important force to reckon with. In this issue of Fortell, we invite papers addressing various issues relating to Dalit Literature such as Dalit language, aesthetics, genres, myths, and problematic of translating Dalit texts. Additionally, this issue invites articles that deal with the pedagogical approaches to handling Dalit texts in a multilingual and culturally diverse classroom situation in Indian context.

Apart from the theme, articles of general and wider interest to teachers of English language and literature are also welcome.

Fortell, a peer-reviewed journal of the Forum for Teachers of English Language and Literature, is published bi-annually in January and July by FORTELL, New Delhi. Copyright for the individual contribution rests with the author. However, Fortell should be acknowledged as the original source of publication in a subsequent publication. Fortell retains the right to republish any of the contributions in its future publications or to make it available in electronic form for the benefit of its members.

Soft copies of research papers (not exceeding 4000 words inclusive of abstract, key words and references), book reviews (750-1000 words), reports (500-750 words), language games/activities (400-500 words) should be sent along with a brief bio-note of about 30 words to the Coordinating Editor at fortell.journal@gmail.com. Each article should include an abstract of 100-150 words and 5-6 keywords. Articles should conform to the 6th edition of the APA style sheet in format, citations and bibliography. Please look up the website https://www.fortell.org/ regarding guidelines for submission of the manuscript. 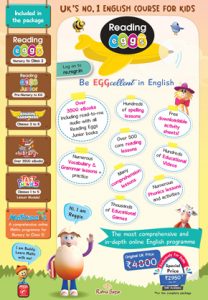