To talk with Professor Harish Trivedi on any topic is always a stimulating experience, and this one is no exception. We should note that the demand for English by Raja Rammohun Roy, Iswarchandra Vidyasagar and Akshaya Kumar Datta, among others, was voiced long before Macaulay’s oft-quoted Minute which was intended to create “a class of persons, Indian in blood and colour, but English in taste”.  Twelve years earlier, in 1823 Roy had written, “The Sanscrit language . . . is well known to have been for ages a lamentable check on the diffusion of knowledge.” Over the past two centuries, we have assimilated both the English language and cricket, and have excelled in both. (How many native speakers of Hindi have done the same with, say, Tamil?)  What right have those with foreign degrees in English to smile when fellow Indians pronounce “fish” as “feesh” while finding Geoff Boycott’s pronunciation of “runs” as “ruuns” charming? English is no longer just a link language—it is the lifeline for progress in every sphere of endeavour. Even in those countries where it is not deeply entrenched, the captains of industry and commerce, engineers, scientists and doctors have a sound working knowledge of English. In India, the impractical 3-language formula of the 1950s quietly gave way to the sensible 2-language one; thus, Bhojpuri and Telegu speakers are no longer confronted by a language barrier.

Regarding the study of English Literature, should we as teachers confine ourselves to canonical authors, or diversify? Students who seek admission to our BA Hons and MA programmes do so by choice, not compulsion. Our responsibility is to give them the best. What they study in college should not prevent them from doing their own private reading and research in other areas—cultural, social, or linguistic. A student of say, Physics at an advanced level would justifiably expect to be taught Quantum Theory, Relativity Theory, and Nuclear Fission, not Physiology or Morphology. Recently, at the Maharaja Agrasen College, my wife Jyoti asked a 1st year BA Hons (English) student what had attracted him to join this course.  His reply was both eloquent and disarming: “I wanted to become a better person.” 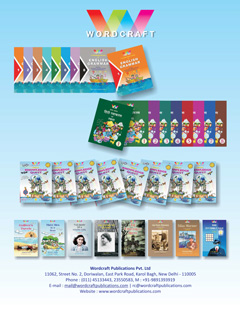